Home list The Most Amazing Natural Phenomena on Earth

The Most Amazing Natural Phenomena on Earth

Fire whirl that is called fire devil or fire tornado has the power to remove from the root of the 15-meters giant trees. The greatest fire whirl ever known occured in Japan in 1923 in the great Kanto earthquake and it caused 38.000 people to die in 15 minutes by surrouding the entire city.

Lightning balls are little-known atmospheric electrical phenomenons… The solar columns usually takes 20 to 60 minutes after sunset… Rainbow being one of the most beautiful views in nature, is seen as a bridge between heaven and earth by many cultures… The upper edge of the sun appear above the horizon for 24 hours is called polar night… Midnight sun is a phenomenon locally that seen at the latitudes of north end of the North Pole and the southern latitudes in Antarctica…

Lenticular clouds sometimes occurs like pizza on top of each other and when viewed from a certain distance can be likened UFOs flying. According to some ufologist, these are cloud layers that are formed by UFOs to hide themselves or Ufo uses lenticular form of clouds as camouflage.

Twilight is the time between dawn and sunrise, sunset and darkening the day. At this time, unusual and romantic quality of ambient light called “the blue hour” (French: l’heurebleue) are popular among photographers and painters. 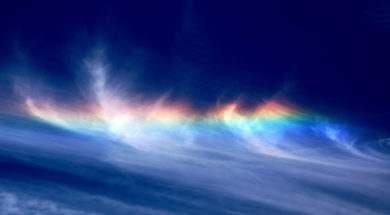 The Most Amazing Natural Phenomena on Earth – Sky Phenomena Part 1